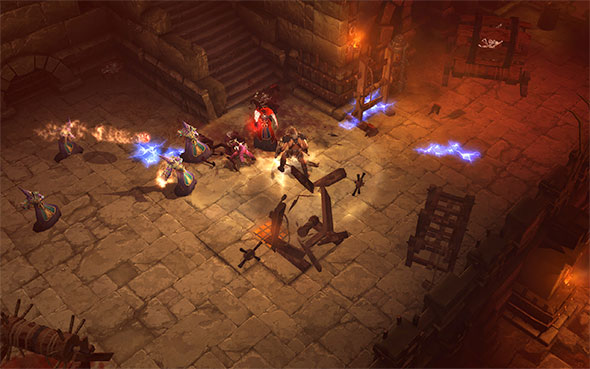 Do you have a valid Battle.net account? Then Blizzard wants you to participate in the open beta of Diablo III this coming weekend, as a stress test of their systems. You can begin playing Diablo III starting at 12:01 pm (Pacfic – 2:01 pm Eastern) Friday, April 20, through 10:00 am (Pacific – 12:00 pm Eastern) Monday, April 23. You’ll need to use an existing Battle.net account or create new one.

If you do not have a Battle.net account, you can create one for free through Battle.net. You will also need to create a BattleTag, and then download the client (US).

We’re pleased to announce the Diablo III open beta weekend, which offers open access to all players with a valid Battle.net account! Beginning this Friday everyone is invited to log in and help us put the game and servers through their paces in this three day stress test as we march toward the game’s release on May 15. You can begin downloading the Diablo III client right now!

Can all regions/countries participate?
Due to regional differences and features of the stress test client, Korean players will not be able to partake in the stress test weekend. However, beginning the week of April 23, we will be conducting a separate, invitation-only closed beta test that will give players in Korea a chance to try out the game, along with players in the regions of Taiwan, Hong Kong, and Macau.

English, French, and German are the only languages supported through the stress test this weekend.

While the client setup is less than 60 MB on Macs, the actual download of the game is close to 4 GB. Something to keep in mind.

Diablo III will be available for purchase on May 15, 2012. If you sign up for the World of Warcraft annual pass, you’ll actually receive Diablo 3 for free.