Just a brief note – I have found the time to actually get back into gaming, and will be updating this site. I’ve went through and fixed all of the broken Mac App Store links, and will be checking all other links, as well as adding new information and game news and reviews. 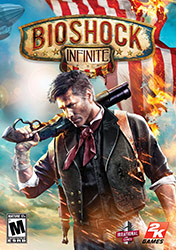 Update: Sale is over

The Steam code will allow you to select either the PC or Mac download.

It was released about a week ago by Aspyr, and this is about as cheap as you will find it. I have no idea on how long the sale will last, but it’s half-off.

There are some hefty requirements, starting with 30GB of HD space and OS X 10.8.4 Mountain Lion.
END_OF_DOCUMENT_TOKEN_TO_BE_REPLACED

Revolution Software has announced that with The Broken Sword – the Serpent’s Curse Adventure Kickstarter project meeting most of their goals, they will greenlight Beneath a Steel Sky 2.
END_OF_DOCUMENT_TOKEN_TO_BE_REPLACED

World of Warcraft, Mists of Pandaria opens in just under 7 hours from now (2am Central, 12am Pacific) and Blizzard has released a nearly 7-minute video highlighting the additions and updates.
END_OF_DOCUMENT_TOKEN_TO_BE_REPLACED

Galaxy On Fire 2 Full HD for OS X has been updated to version 1.0.5, and a new in-app purchase/addon, Supernova, has also been released, which brings a 10+ hour new storyline, 8 new spaceships, new weapons and mission types, new star systems.
END_OF_DOCUMENT_TOKEN_TO_BE_REPLACED

This was a huge surprise to wake up to this morning. Guild Wars 2 Mac Beta is now available, and ArenaNet has made it clear they are huge Mac fans with their announcement. It’s available now for anybody who purchased/purchases Guild Wars 2.
END_OF_DOCUMENT_TOKEN_TO_BE_REPLACED

Overhaul Games has announced that Baldur’s Gate Enhanced Edition’s ship date has moved from September to November 2012 (including the Mac version). It’s a modern cross-platform remake of the original Baldur’s Gate (1998) and its Tales of the Sword Coast (1999) expansion pack, and will be available for $19.99 US through Apple’s Mac App Store.

It’s high on my list of most anticipated OS X games for the year – I loved the original Baldur’s Gate and Baldur’s Gate II games, and while BioWare has strayed very far from those days, Overhaul Games appears to be trying hard to capture the spirit of those original D&D computer roleplaying games as well as bring them up to the modern era. I hate that they made this announcement so close to the original ship date, but better to release a solid game from the start.
END_OF_DOCUMENT_TOKEN_TO_BE_REPLACED

So Apple is calling the iPhone 5 “The biggest thing to happen to iPhone since iPhone.” Like, hate, or ignore Apple’s iOS devices, they have had a tremendous impact on mobile phones, and I feel their impact on mobile gaming has yet to be truly felt.
END_OF_DOCUMENT_TOKEN_TO_BE_REPLACED 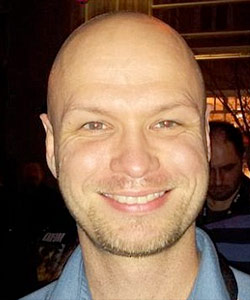 There was a lot to talk about in the world of Apple/Mac gaming today, but I’ve had a hard time getting around to posting about it. I’ve avoided the internet and TV since early this morning, when I learned of the death of Sean Smith, aka Vile Rat or Vilerat, from EVE Online and a couple of internet forums. He was killed yesterday in Libya, along with the US Ambassador and I believe two others. He leaves behind a wife, two children, and a helluva lot of friends.

One of the nice things about having your own little site on the internet is being able to write just about anything you want, but I’m finding it hard to write about this.

I knew him first from an online forum, but I better knew him as a player in EVE Online, having chatted with him online quite a bit while I was active in EVE. I even met him briefly in real life at gathering as well, and he was one of those rare types – somebody who was the same person online and offline – a really nice guy, really sharp. Surprisingly, or maybe not, the media outside of the gaming world is covering his link to the gaming world.

Many knew him through the Council of Stellar Management, which is an elected group of players who meet with the developers of EVE Online. He was best known for being a diplomat and spy in EVE Online, two things that many try, and most fail at – it requires a helluva lot of patience, nerve, and self-discipline, while at the same time being able to put things that you had invested a lot of time in behind you when they didn’t pan out. He was considered among the best, if not the best, of players, in those professions.

Due to the nature of his actions in EVE, a lot of things he did on behalf of the groups that he was a part of were never mentioned publicly. If you read the nearly 50-page tribute thread in EVE Online, you can get a glimpse of the kind of player he was – many players/groups who were on opposite sides to him still respected him, and more than a few developers/support at CCP/EVE Online talked about him as well.
END_OF_DOCUMENT_TOKEN_TO_BE_REPLACED