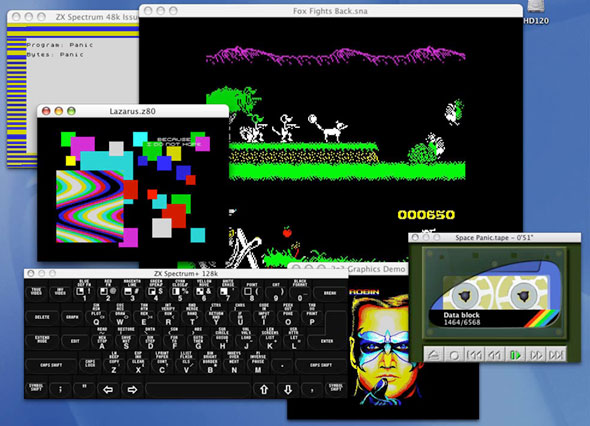 It had been almost four years since the author released 0.7.3.pre5, but zxsp 0.7.4.pre1 was released today, with this comment from the developer:

I really got some requests to update zxsp to Lion. Today i finished the main step and made it compile again. There is a lot of work due to discontinued APIs in Mac OS X. Version 0.7.4 requires Mac OS X 10.6 (Snow Leopard) or 10.7 (Lion). It is not very stable yet but it runs again on Lion.

There you have it. Mac gamers running 10.7 and wanting to simulate/emulate the old Sinclairs from the early 1980s are in luck.