The SpaceVenture Kickstarter from the Two Guys from Andromeda (the Creators of Space Quest) is winding down – they’ve reached their $500,000 mark, and still have 16 hours to go.

Last month I covered some of the pledge levels/Kickstarter rewards, but just know this, $15 gets you plenty:

DRM free version of the game on PC. Also available to download on Mac, Linux, iPad, or Android Tablet. 5 Pack of HD Wallpapers made by Mark Crowe. Access to the project team diaries once the game is released. Generic “thank you” message (with your name copy/pasted in) personally written by The Space Quest Historian.

The Mac and iPad versions are day one releases.

And if you can spend more than $15, the goodies start piling up. So head over to their Kickstarter page and pick a level. 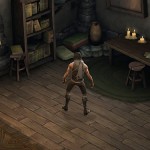 So Diablo III launched last night in North America, Europe, and Latin America. Something like 2 million people pre-ordered it. Of course, the Blizzard servers had a hard time keeping up with the pent-up demand. A lot of us think there should have been more testing, but I’m actually just wanting to talk about the internet connection DRM requirements.
END_OF_DOCUMENT_TOKEN_TO_BE_REPLACED 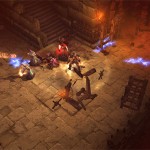 This is the latest bulletin:

1:55 p.m. PDT – Starting at approximately 2:15 p.m. PDT, we will be bringing Diablo III servers in the Americas offline for urgent maintenance to address several issues that are impacting the game. We anticipate that maintenance will last for about an hour and that servers will be available at approximately 3:30 p.m. PDT. We will provide further updates as they are necessary. Thank you for your patience.

END_OF_DOCUMENT_TOKEN_TO_BE_REPLACED

Torchlight II, an upcoming action and roleplaying game for Macs and PCs, with elements of steampunk and fantasy, features four classes, the Outlander, the Embermage, the Engineer, and the Berserker. PC Gamer has put together videos on all four of them.
END_OF_DOCUMENT_TOKEN_TO_BE_REPLACED

The follow-up to Rovio’s Angry Birds has been announced, via Finnish website Yle. It’s called “Amazing Alex”, and it’s based on the Casey’s Contraptions games, which Rovio recently purchased, and will be out in two months. Like Angry Birds, it’ll be a puzzle/strategy game, and like Angry Birds, there will probably be a Mac OS X version of Amazing Alex.
END_OF_DOCUMENT_TOKEN_TO_BE_REPLACED

Yesterday, Feral Interactive announced another port of a popular game – Tomb Raider: Underworld will be avaialble for Mac gamers later this month (May 31st) for $25. The hardware requirements are not too bad, and she fights tigers and shards. What else needs to be said?
END_OF_DOCUMENT_TOKEN_TO_BE_REPLACED

A few weeks ago I told you about Republique and its Kickstarter project. It’s down to the final hour, and it has met its goals, and upped the ante for this horror/action/survival game from Camouflaj! Remember, a pledge of $15 or more will get you a Mac OS X copy of this game.
END_OF_DOCUMENT_TOKEN_TO_BE_REPLACED

In case you missed it, the official SpaceVenture Kickstarter project page is alive. The Kickstarter project for SpaceVenture, a collaboration between the original Space Quest creators in the same vein as the original Space Quest series, aims to secure enough funding to get the project going. If it succeeds, there will be a Mac version!
END_OF_DOCUMENT_TOKEN_TO_BE_REPLACED

Last month, the Leisure Suit Larry remake met its Kickstarter goals for funding. Al Lowe, the original LSL creator, spoke with Gamasutra, and indicated he would be supervising/directing the remake, which will be available for Mac gamers.
END_OF_DOCUMENT_TOKEN_TO_BE_REPLACED