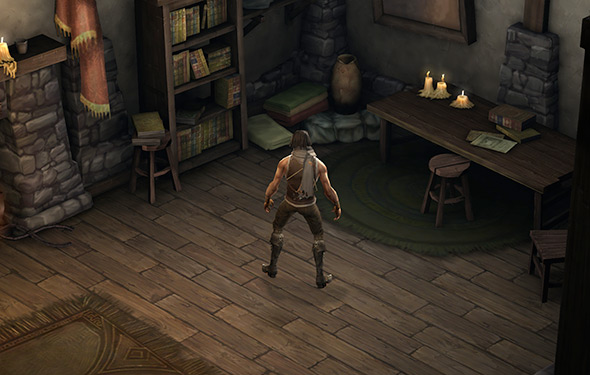 So Diablo III launched last night in North America, Europe, and Latin America. Something like 2 million people pre-ordered it. Of course, the Blizzard servers had a hard time keeping up with the pent-up demand. A lot of us think there should have been more testing, but I’m actually just wanting to talk about the internet connection DRM requirements.

A lot of people are complaining that with all of the errors and timeouts, that there should be an offline mode for single-player play.

I would normally agree with this – I did not like it when Ubisoft and other companies began moving to an “always connected to the internet” DRM scheme.

Unlike those companies, Diablo III has a real-money auction house. That’s the key to me – the things you earn in-game can be sold for real-life money. I’m not going to claim to know what all is involved with the DRM – as a Mac gamer I’ve had my fair share of run-ins with problematic DRM in ported games. But the fact that real-life money is involved means that there are going to be a lot of people looking to scam/farm/script in-game items to cash out, and Blizzard is probably doing everything it can to prevent that. At some point they decided to have always-on internet requirements, regardless of whether you are playing single-player or multi-player. Remember, it’s not just items you earn in multi-player gameplay, you can sell items you earn in single-player play.

As for the real-money auction house – I’m okay with it. As a Diablo II players, and a former player of Ultima Online and other games where in-game items were traded for real-life money, I’m not surprised at all. If Blizzard didn’t set it up officially, it was going to happen on eBay or other trading sites in some fashion. Well maybe not eBay these days, but somebody was going to setup something. At least this way it’s contained within the game.

Update: I’ve been able to play a total of about an hour. I’m not one of those people who has had smooth sailing when it comes to getting in and playing, but it’s 2 million people trying to get in. I am familiar with network engineering, and I think they’d be having serious problems if it was half that number.