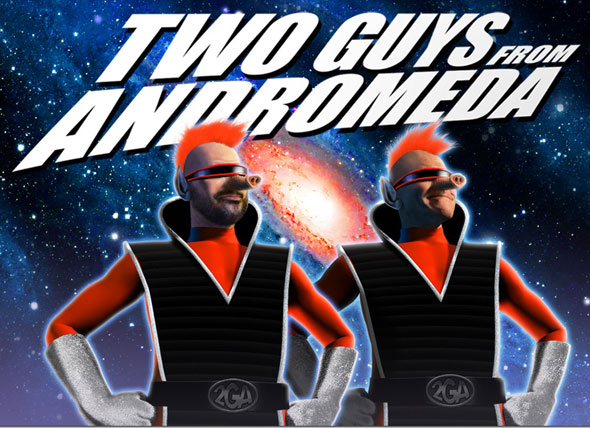 
It’s only been a few days, and they are already over 20% of the way to their goal, with 32 days left in the campaign.

The game is expected to be available in February of 2013. It will be available for Mac, PC, Linux, iPad, and Android tablets.

The Kickstarter reward tiers are interesting, to say the least. $15 will get a copy of the game.

$15 or more
– DRM free version of the game, including Mac, iPad, and Linux versions
– Pack of 5 HD wallpapers made by Mark Crowe.
– Access to the project team diaries upon game completion
– Thank you message

$100 or more – the PHYSICAL REWARD TIER
– Special thanks in the end-game credits.
– Special Edition Big Sierra-like box edition with a game disc, and a DVD containing all of the diary notes, audio clips, and video clips from the “Bhind the Scenes” making of the game, voice over bloops.
– DOES NOT include digital downloads of the game or soundtrack
– Includes personal thank you note written and signed by The Space Quest Historian

$100 or more – the DIGITAL ONLY REWARD TIER
– Special thanks in the end-game credits.
– 2 Digital downloads of the game
– digital access to all diary notes, audio clips, and video clips from the Behind the Scenes making of the game, voice over bloopers
– Especially for international customers who don’t want to deal with customs

There are some amazing reward tiers beyond the $250 tier, including being a part of the game itself.

If you want to contribute, head over to the official SpaceVenture Kickstarter page and make a donation.

On a related note, the SQ7.org project has posted information on their website