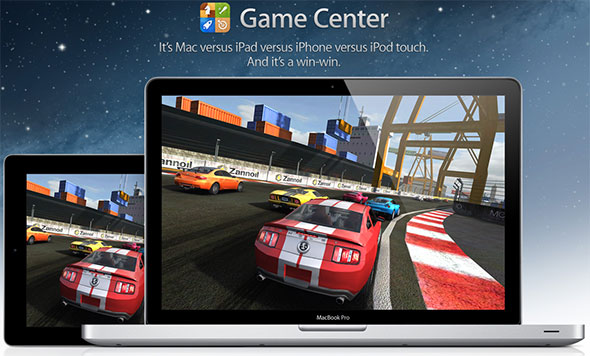 Slide to Play asks whether Apple should take some of it’s billions in cash and invest in a game studio. It’s an interesting question – Apple has the money, and has bought many smaller companies to incorporate into itself over the past decade. My answer is no, regardless of whether it’s iOS or OS X.

This is actually an article that I mostly wrote last summer, but never published on any sites – I was watching what was happening with the Mac App Store and with what titles were being released through there and through the other delivery systems. I also have a couple of friends who develop games on iOS who were looking at moving into Mac development.

As Slide to Play points out, Apple has had a rocky road when it came to games in the past. They’ve either not cared, or didn’t understand the gaming industry.

It’s understandable – while early Apple II’s were a huge gaming platform, and while there were many popular and well-respected games for Mac gamers – 7th Guest came out on Macs a few months before the PC/DOS crowd got their hands on it, there was a fairly dark period for Mac gaming. The reasons were numerous – Macs were very underpowered for games, too expensive for somebody wanting to mainly play games, too few for AA and AAA titles to recoup their costs, the tools available were not conducive to quick ports from the DOS, and later Window, markets. Plus, Apple’s core markets did not include gamers.

That’s all changed. We are in a true golden age for Mac gaming. Macs are very powerful, usually matching or exceeding typical PCs and laptops, and they are much cheaper these days than in the past. The first iMacs were equivalent to roughly $1700 these days and the first Power Macs could easily hit $3,000. Now we have dual-core Intel Core i5 Mac minis starting at $599 and dual-core Intel Core i5 MacBook Airs starting at $999. Apple could go a lot cheaper on its Macs, but it’s chosen not to “race to the bottom” as some describe. That’s good for Mac game developers – it provides a better baseline platform. Speaking of Intel, it’s much easier and cheaper for game companies to deal with the same hardware (for the most part) versus 15 years ago when they were dealing with PowerPC (Mac) and Intel (Windows). And Apple has an aggressive upgrade schedule, good for Mac developers.

What kind of companies does Apple typical buy or invest in?
Companies that it can incorporate into its product lines, that can help sell Macs and iPhones. Although it’s slowed down, in the past Apple was making purchases of software and hardware companies fairly often that would then find their products and technology incorporated into its iOS or Mac OS X lines. One thing Apple doesn’t really do is go out and buy companies that generate original content, whether it’s movies, books, music, or games.

Now they do buy companies that help with the actual creation or delivery of that content (but not the content itself), and Apple has incorporated their products and technology into its strategy of selling more Macs – witness iPhoto, iMovie, iTunes, etc. But Apple these days knows its limitations, and original content creation is something that can take several years and has a much riskier payout. It’s much better to create a better platform for the true content producers, whether it’s iPhones, Macs, or iPads.

There are advantages…
Yes, there would be advantages to Apple buying up a game developer. As Slide to Play points out, the console manufacturers create exclusive games for their own consoles to showcase technologies and other new features and to generate interest in their consoles. They help drive console sales, and they show other developers what the platforms are capable of. Apple could buy a couple of developers, perhaps one or two of the companies that port Windows titles to Macs, and then spend a few years coming up with games to show off Macs.

But why? These days there are more and more AAA titles making their way to the Mac platform. Diablo III is going to be one of the biggest game launches of the year, and it’s coming out on Mac and PC on the same day – I know, I have it installed on my Mac from the beta test.

Plus, have you ever watched a keynote? Apple prefers to allow third party developers come up with products to show off Macs (and iPhones and iPods and iPads). It works very well, it encourages developers to push the platform(s), and it creates a larger variety of games.

But Apple has released games for its modern platforms.
Yes, that’s true. Apple had a version of Texas Hold’em available for iOS (which they removed last fall). That was more of a showcase one-time product. Once the iOS game market exploded, there was no need for Apple to continue competing with major and minor game companies. Those companies were doing every bit as good of a job at showing off Apple’s mobile devices as Apple could have done.

Let’s talk about the other options, and note that I’m not going to bring up the virtualization software such as Parallels Desktop, VMWare Fusion, or VirtualBox because they require Windows licenses, and Apple does not want to contribute to the purchase of Windows licenses.

Why not buy CodeWeavers
Buying CodeWeavers and incorporating CrossOver actually seems logical in many ways. CrossOver is a commercial compatibility layer for the Wine project, that allows you to run native Windows apps under Mac OS X, and in a pretty seamless ways in many cases. Not just games either – Windows software that some businesses may require that doesn’t have a Mac version, etc.

There are a couple of problems with buying CrossOver
First, assuming that Apple could buy them, the drama and outcry would be huge, since Apple would most likely shut-down the Linux portion of CrossOver. Apple does not like to buy products to incorporate into its own products while simultaneously supporting other operating systems unless it helps sell Mac or iPhones. Continued support of CrossOver for Linux would be continued support for Linux users and an incentive not to move to Macs.

Second, it’s not perfect. Not all games run well – a compatibility layer does not necessarily equate to 100% compatibility, and there are performance issues. Apple would not want to buy it unless CrossOver was much more compatible. Granted, Apple would be able to bring a lot more resources to bear, and going Mac-only would allow them to increase the amount of compatible products – a lot of products aren’t certified simply because nobody has taken the time to do so and/or reported bugs and other problems to CodeWeavers to get compatibility fixes in. But there are still going to be products that have issues. Of course, in theory the game companies would work to make sure there aren’t issues, but the game industry is known for cutting corners to meet deadlines. Rolling a product out the door while patches for bugs are being developed is not uncommon.

Third and most important, it would discourage the development of Mac OS X native applications and games as well as Mac-native ports of Windows products. Windows is still a larger market than Macs at this point, and it takes time to develop Mac-native ports of popular Windows games. Were Apple to incorporate CrossOver into OS X, many game companies would not license out their properties to the Mac game companies to port – larger game developers would not feel the need to invest or license out their games into Mac-native ports if they could easily setup a script to load the game under a built-in CrossOver, and slap a sticker on the box saying “OS X compatible”. This already happens

Why Not Buy TransGaming, Inc’s Cider?
Cider is already widely used by some companies to sell their games and software to Mac users, bypassing the use of companies such as Aspyr and Feral Interactive. While it has similar functionality to CrossOver (and Wine), it is setup as a “wrapper” around the Windows software, and from the end-user point of view, it’s easier to install since it acts like a Mac-native app. “Mac” Games like the popular Sims line, and Dragon Age 2 are running under Cider. However, we are right back to the big issues that CrossOver has in regards to an Apple buyout – namely it would discourage Mac-native apps. I believe there are also other issues with compatibility and performance, otherwise every game company would be using Cider.

So what should Apple do?
Simple. Two things. Sell more Macs, which they are working on, and doing better than anybody expected. More Macs = more potential game buyers.

Second, and most important: invest in making game development on Macs better. Apple has revolutionized gaming on mobile devices (Sorry DS and PSP fans), they’ve made it extremely easy for developers to reach customers and keep their apps and games updated, and they’ve made it easy for even the smallest of developers, down to one-man operations, to jump into iOS game development. Apple has also kept the iOS market from fragmenting as heavily as the Android market. Go ask an Android game developer about how many devices they have to take into account.

While hardcore gaming fans claim that certain types of games haven’t made their way to iPhones and iPads or they aren’t that popular, that’s only because of the developers. The hardware and software is not a limitation. Go play Infinity Blade II or Real Racing 2 HD and come back and tell me that the hardware is limited.

With the Mac App Store, Apple is starting to move in the right direction, and with the incorporation of Game Center later this year in OS X 10.8 Mountain Lion, you should see even more interest. Already we are seeing more and more iOS developers releasing Mac versions of their software, whether it’s Angry Birds Space or Cut the Rope. Those are much easier for developers to develop cross-platform versions.

The key is making it easier for the developers of Windows games, and more importantly those companies that port Windows games, to get native versions of their games on the Mac. That’s the biggest hurdle. Say what you will about Microsoft, but they have done a good job of keeping game developers using their software and their libraries and trying to cater to those companies.

All is not lost. With cross-platform game engines like Unity and the Unreal Engine, I think you’ll see more and more Mac-native games going forward, and the amount of time between Windows and Mac releases reduced.

We may not be able to get the kind of same-day releases as what Blizzard does for World of Warcraft and Diablo III, but things are improving.

Everything is falling into place. The number of Mac users is growing, the Mac App Store is becoming more and more popular. More and more independent studios are finding it easier and cheaper to reach gamers, and more and more iOS developers are trying out Mac game development.

From my point of view, whatever amount of money Apple could sink into a game studio would be better spent on making Macs more attractive to game developers.