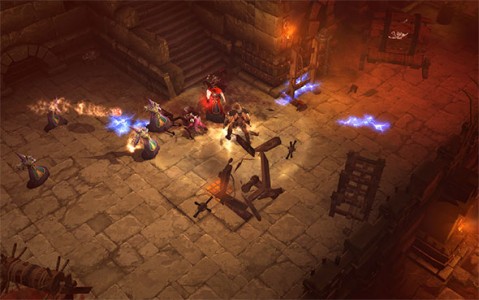 Blizzard is making an attempt to bring people together at Midnight, May 14, 2012, for a Diablo III launch event. If you are in the right location, such as Irvine, California, you can even hang out with Diablo III developers. While many stores will hold events independent of Blizzard, others will have the support of Blizzard for costume contests, give-aways and others happenings. Here is the list of participating retailers (So far).

When do the Diablo III game servers go live?

It should be noted that the retail/boxed version of Diablo III will not be available in Latin America until June 7, 2012.

From the press release:

We’re inviting you to join us for the midnight launch of Diablo III! In addition to local retail shops’ midnight launches, we’re holding a number of demonically charged worldwide launch events in major cities where you can join Blizzard to celebrate the release of Diablo III and pick up your copy of the game. Each event will have its own activities, giveaways, and contests, so see the press release for further details and be sure to check the launch event site for more info on the one nearest you.

Even if you buy the World of Warcraft annual pass and get Diablo III for free, I can definitely see some folks still wanting to participate in midnight gatherings. Not too many games have that strong of a fanbase.