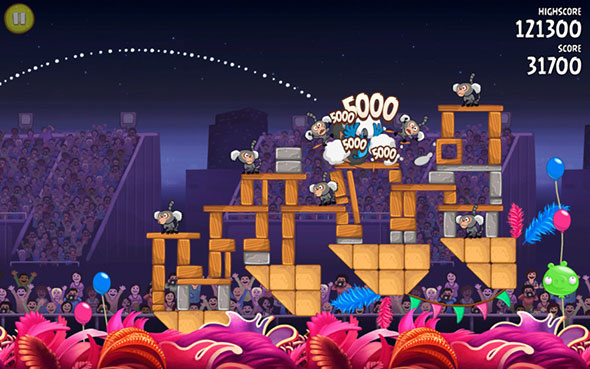 Rovio Mobile has announced Angry Birds Rio 1.4.4 for Mac OS X. 12 new bonus levels have been added, and Rovio mentioned in the announcement that this is not the last update for Angry Birds Rio.

Updates in Angry Birds Rio 1.4.4
– 12 New bonus levels opened through in-game achievements!
– Bonus level opened by collecting all golden fruit in an episode, or earning 3 stars on every level
– All 12 levels require all golden fruit and three-star levels

It’s been around a month since Rovio Mobile released Angry Birds Space.