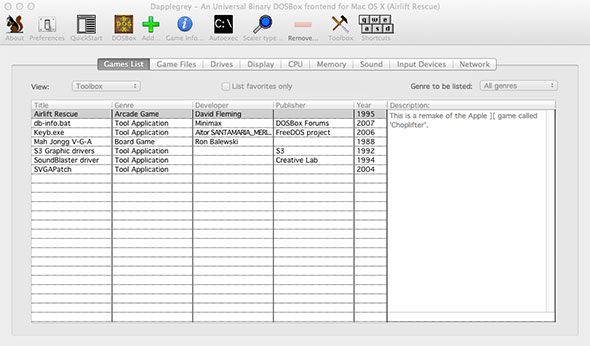 Classics for X has released Dapplegrey version 2.36. Dapplegreay is a DOSBox front-end for Mac OS X (including PowerPC Macs). This is a minor update with some fixes for the dialogue/interface and dropping disk images onto Dapplegrey, along with some font corrections.

I’m a big fan of DOSBox, and anything that can help people get the old MS-DOS/PC-DOS games running is good in my book.