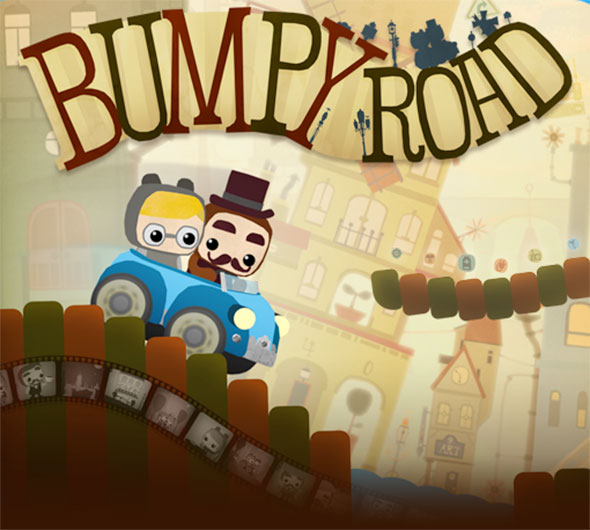 Bumpy Road, from Simogo, is now available for Mac gamers through the Mac App Store. It’s a port of the popular iOS platformer, which has held a 4-star rating in the iTunes App Store for a while. It’s priced at $2.99, same as the iPhone and iPad versions, which is a nice surprise.

Slide to Play gave the iOS version a 4/4 “Must Have” rating.

It’s a side-scrolling platformer set in the early 1900s, where you alter the landscape around a couple who is rolling along (hence the “Bumpy Road” title), with a couple of modes of play – Evergreen Ride, Sunday Trip, and Memory Lane. It’s a “twitch” game, and it makes for an entertaining casual game. 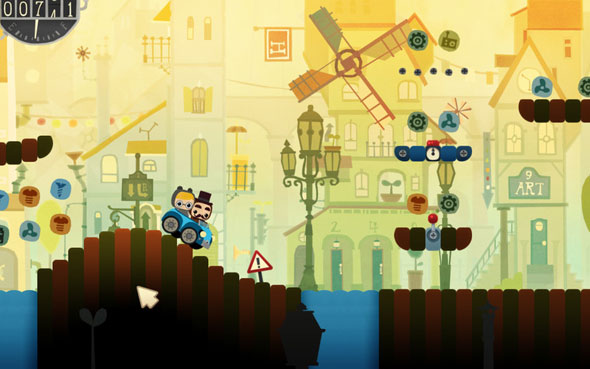 I have not played the Mac OS X version, but have played the iPhone version quite a bit, which is why I’m mentioning it on MacGaming.net. Gameplay looks to be very similar, just using the mouse instead of your finger (and the controls are quite simple).