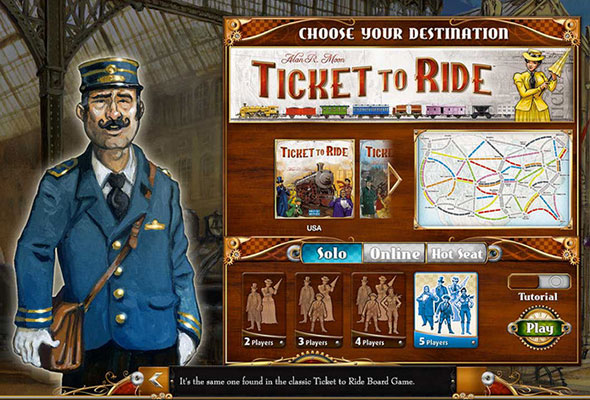 Days of Wonder has finally released a Mac-native version of Ticket to Ride – Asmodee Digital for $9.99. As a huge fan of the physical boardgame, the online version, and the iPad adaptation, I’m very happy with the 10 minutes or so that I’ve played so far – it’s much better than the online Java/browser versions that I’ve played for a few years.

Days of Wonder is billing it as the “best online adaptation yet”. There is an older Mac version, but it’s nearly identical to the Java/online version.

The Mac App Store has the add-on maps available for the iPad and iPhone version available as in-app purchases, and Days of Wonder continues the trend of players across several platforms being able to play with one another while tracking their stats.

The only issue I see is that Mac OS X 10.7 Lion is required for the in-app purchases. Mac OS X 10.6 users can purchase and play Ticket to Ride, but will not be able to play the add-on maps/games.

We’ll be bringing a full review of Ticket to Ride for Mac OS X later on. 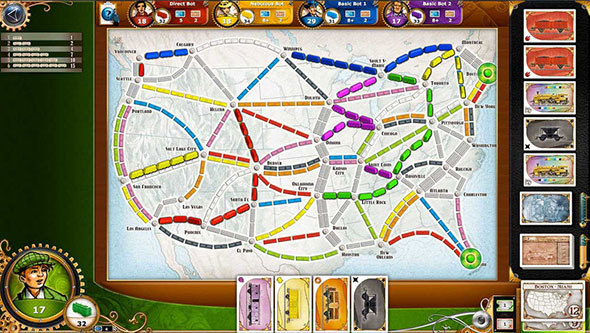 Features of Ticket to Ride:
– Based on the game designed by Alan R. Moon with the original artwork and maps
– Mac OS X 10.7 Lion full-screen support
– Online play with other Mac, iPad, and PC gamers.
– Solo play mode with up to 4 AI players
– “Hot Seat” play with other people on the same Mac.
– Video tutorial , along with a turn-by-turn in-game tutorial.